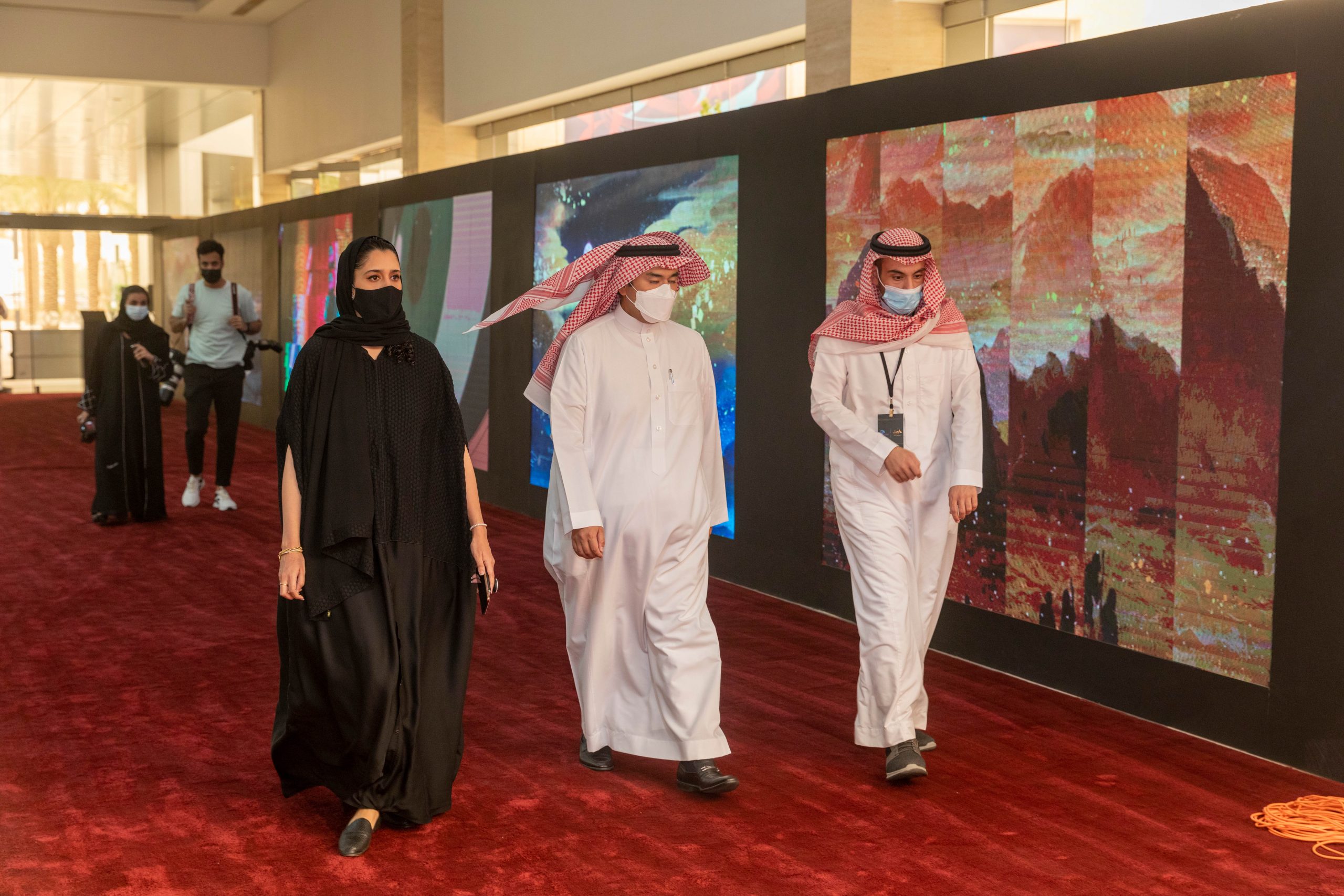 Riyadh, KSA, 14 June 2021:  Manga Productions a subsidiary under MiSK foundation, premiered “The Journey”, the first ever Saudi Japanese anime at VOX cinema today in VOX Cinemas Riyadh Front. The highly anticipated animation movie provides viewers with exceptional cinematic experience in 4DX technology and will be available to moviegoers across the Middle East region, including UAE, Kuwait, Bahrain, Oman, Qatar, Egypt, Lebanon, Iraq and more. “The Journey” is scheduled to be shown next week in Japanese cinemas. Last March, Manga Productions had released the Arabic and Japanese trailers of “The Journey” that achieved 30 million views globally, with positive responses from international and Arab audiences.

The anticipated feature film sets multiple precedents in Saudi Arabia. Not only is it the first Saudi animation movie ever made in collaboration between Saudi Manga Productions and TOEI Animation in Japan, but it is also the first Saudi made animation movie that will have promotional merchandise in what is a unique step for the Saudi and Arab film industry.

Dr. Essam Bukhary, CEO of Manga Productions and Executive Producer of “The Journey” commented, “We are proud to launch The Journey, as it reflects the high standard of talented and well-experienced professionals from Japan and Saudi Arabia, as well as our drive for excellence to highlight local productions. The Journey will be available across the Middle East and internationally to support our vision of exporting Saudi culture and the historical stories the Arabian Peninsula retains.”.

Inspired by Arabian folklore, “The Journey” tells the story of Aws, a potter with a secret past, who is caught up in an epic battle to defend his city. The anime is a co-production with major Japanese studio TOEI Animation and is directed by celebrated animation director Shizuno Kobun, whose credits include Detective Conan and Godzilla: City on the Edge of Battle. Japanese dubbing artists include well-renowned names in the Japanese region such as Toru Furuya, Takaya Kuroda and Hiroshi Kimiya, while the Arabic version has been dubbed by famous Saudi talents such as Nassar AlNassar and Abdul Rahman Al Warthan, and famous artists such as Jasim Al Nabhan, Abdu Shaheen, Rasha Rizq.

“I was honoured to be given the opportunity to play the lead role in The Journey. To be part of a production that showcases the untapped beauty and culture of Saudi Arabia is a humbling experience, and I am certain that The Journey will leave viewers eager to see more from the artistic creations of Saudi Arabian talents.”, said Nassar AlNassar, who plays Aws in “The Journey”.

Ms. Sara Mohammed, Animation and Comics Department Manager, Artistic Producer and Director of “The Journey” added, “Anime culture is huge in the Middle East and especially in Saudi Arabia, so being the first to develop and premiere a Saudi anime movie has been an exciting rollercoaster experience. We wanted to preserve the authenticity of the Saudi culture in The Journey while staying true to the Anime style production, so striking that delicate balance was of paramount importance to us. We have no doubt that The Journey will be a big hit and will satisfy cinemagoers’ craving for local content.”

Manga Productions, which is a subsidiary with Saudi Crown Prince Mohammed bin Salman’s MiSK Foundation, focuses on producing value-driven animations and developing video games and comics with creative and positive content that targets different local and international social groups. Manga Productions was keen also to provide training opportunities for Saudi talents in TOEI Animation studios in Japan, with the aim of transferring knowledge and localizing the creative industry in the Kingdom.

“The Journey” is currently playing in VOX Cinemas’ and other theatres across the MENA region. Click here to watch the trailer. “The Journey” was also recently selected to be the first Saudi movie to be exempted from the Saudi Audio-Visual Media Commission fees in cinema theatres.