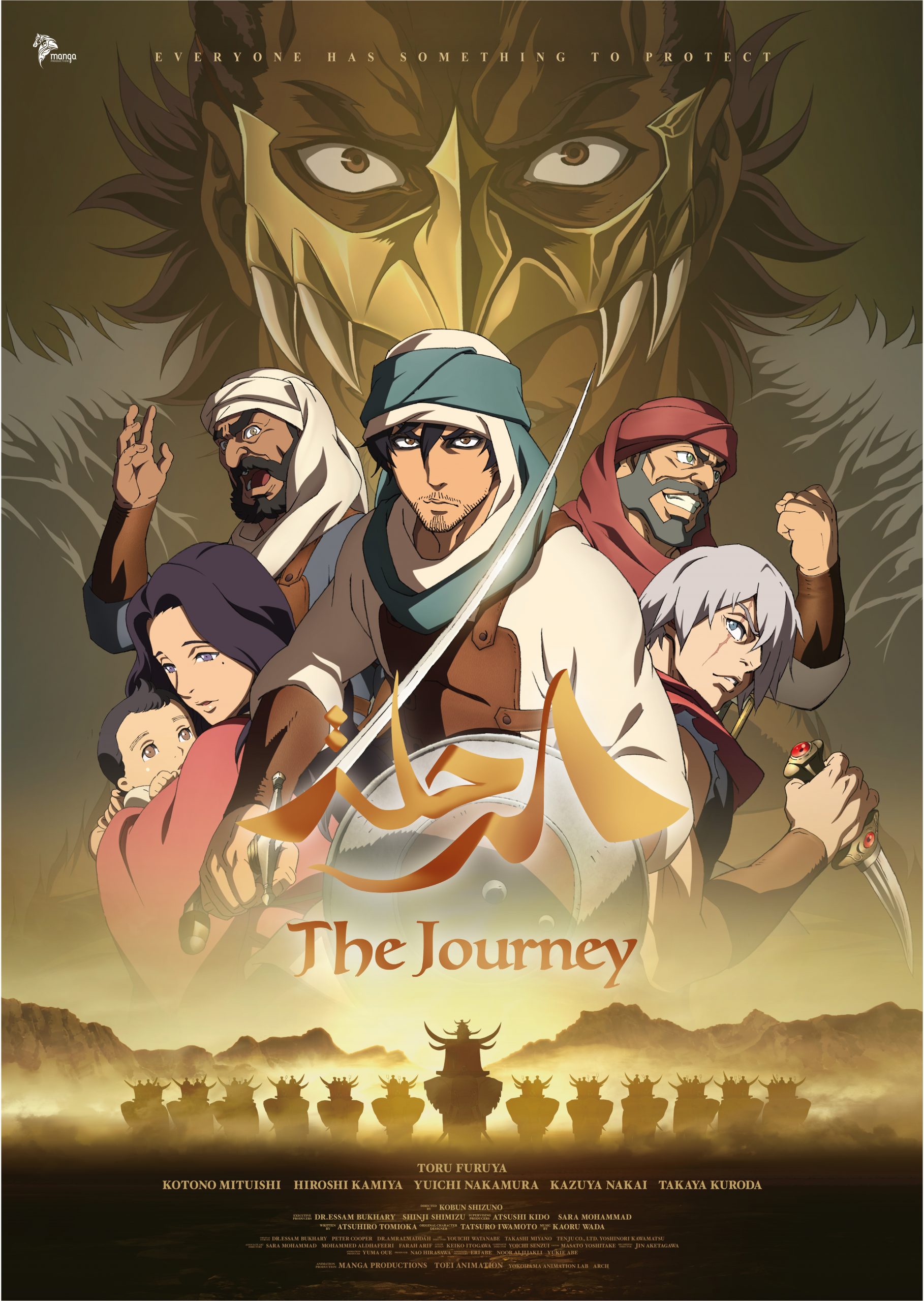 Riyadh, KSA, 1 March 2021:  Manga Productions a subsidiary under MiSK foundation released the movie trailer for the first ever Saudi Japanese anime in 4DX technology “The Journey”, which will entice the audience through sight and sound for a unique cinematic experience to movie-goers across the Middle East.

The trailer of the anticipated feature film launched during the prestigious Berlinale film festival in Germany and can also be viewed on Manga Productions and VOX Cinemas’ social platforms. The film will be distributed in summer 2021 across the Middle East and North Africa by VOX Cinemas and in Japan by T-Joy.

Dr. Essam Bukhary, CEO of Manga Productions commented, “The Journey movie will provide the audience with a one-of-a-kind and unique experience, as the movie has been produced at a high standard from talented and well experienced professionals from Japan and Saudi. We at Manga productions are very happy that it will be available across the Middle East and internationally to support our vision of exporting Saudi culture and the historical stories the Arabian Peninsula retains. The Journey movie will be the start of Manga Productions’ step in the cinematic industry in the Middle East and the world”.

Inspired by an Arabian folklore, The Journey tells the story of Aws, a potter with a secret past, who is caught up in an epic battle to defend his city. The anime is a co-production with major Japanese studio TOEI Animation and is directed by celebrated animation director Shizuno Kobun, whose credits include Godzilla: City on the Edge of Battle. Japanese dubbing artists include well-renowned names in the Japanese region such as Toru Furuya, Takaya Kuroda and Hiroshi Kimiya, while the Arabic version has been dubbed  by famous artists such as Abdu Shaheen, Rasha Rizq and Nassar AlNassar.

Toni El Massih, Chief Content Officer at VOX Cinemas added, “We are extremely excited about bringing the Saudi Japanese anime to the big screen later this year. Anime culture is huge in the Middle East and cinemagoers across the region also crave local content so, we have no doubt that The Journey will be a big hit with movie fans. Manga Productions is a pioneer of animation and VOX Cinemas is proud to partner with them on the distribution of this film to ensure that premium Arabic language feature films are made accessible to our discerning audiences.”