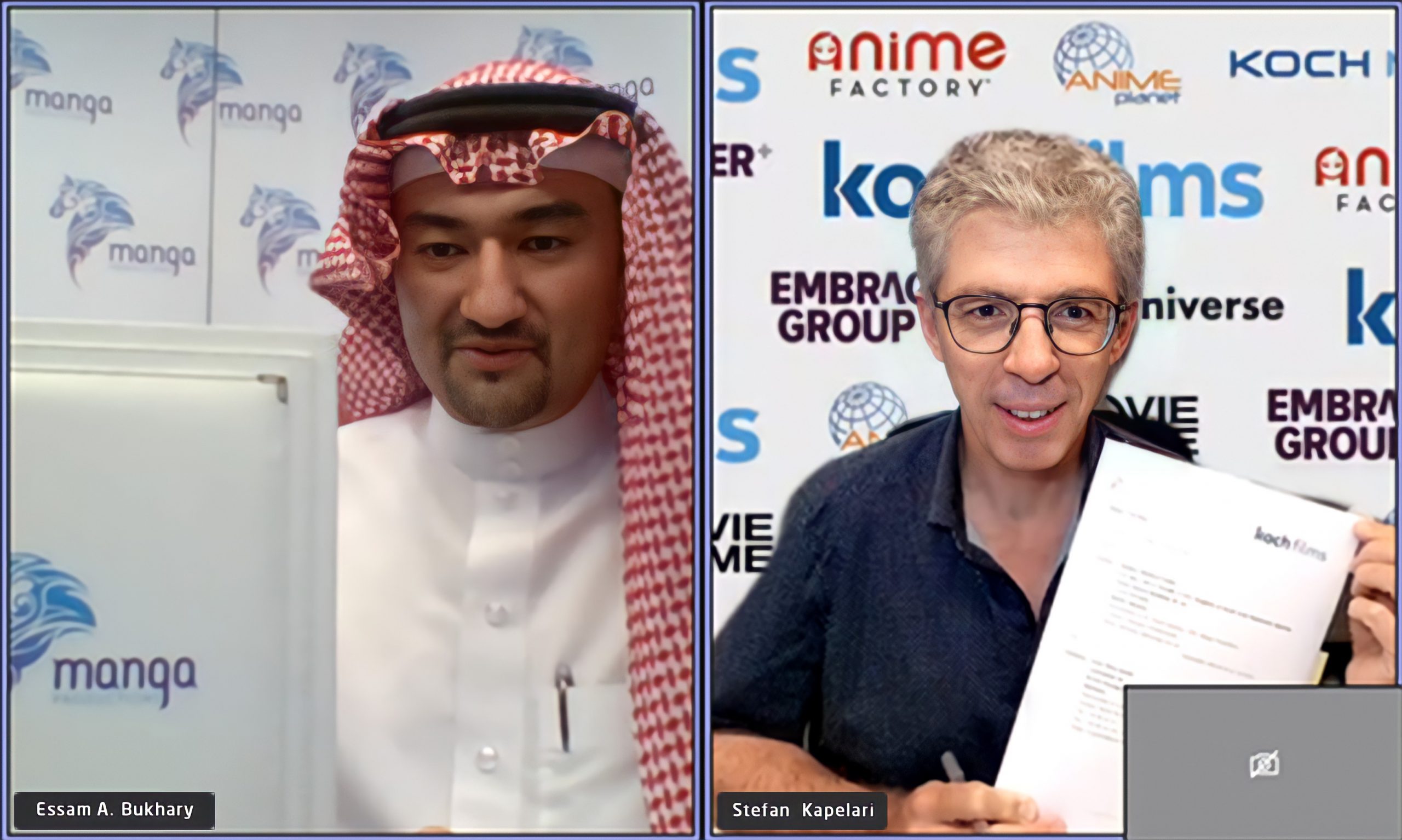 Riyadh, KSA, 14 July 2021: To support its strategy of becoming a global competitor in the film industry, Manga Productions, a subsidiary under MiSK foundation, announced the signing of a cooperation agreement with Koch Media, a leading film distribution company, to distribute the movie ‘The Journey’ in Germany and five other European countries, namely Switzerland, Austria, Alto Adige, Luxembourg and Liechtenstein.

The signing took place digitally, in the presence of representatives from the two companies in Riyadh and Berlin. The Koch Media Company is scheduled to begin distributing and showing the much-anticipated film to the European audience, providing interested viewers with the opportunity to learn about the culture of the Arabian Peninsula and its rich and inspiring stories.

Dr. Essam Bukhary, CEO of Manga Productions commented on the signing saying, “After the resounding success of the movie ‘The Journey’ which was shown in nine countries in the Arab world and in Japan, and was positively received by critics and audiences, we are pleased to announce the signing of a cooperation agreement with Koch Media Company. This agreement facilitates the premier of ‘The Journey’ movie in the European continent, where the film will be shown in six countries.” He continued, “Our partnership with the prestigious Koch Media Company ensures that our Saudi culture is represented as we benefit from their vast experience in distributing artworks. We will continue in our mission to create inspirational content for all audiences and our heroes in the future, let us reveal our Saudi creativity to the world.”

For his part, Mr. Stefan Kapelari the Managing Director of Koch Media GmbH and Koch Films GmbH in Planegg in Germany and Koch Media SRL in Milano/Italy, said, “Koch Media always seeks to attract original and high-quality content. From this point, we are happy to release “The Journey ” as the first anime from the Arab market, as we view it as a high-quality movie in terms of drawing, animation, and story. We hope that this partnership will be the beginning of a long-term relationship with Manga Productions in the creative content industry.”

Manga Productions, a subsidiary under HRH Mohammed bin Salman’s Charitable Foundation (MiSK foundation) is keen to produce animation projects and video games aimed at conveying the Saudi message globally through professional works that include distinguished creative content. The company also provides training opportunities for Saudi talents with Toei Animation studios in Japan, with the aim of transferring knowledge and localizing the creative industry in the Kingdom.

The movie sets a precedent as it is the first Saudi film to present a movie experience in 4DX technology. It is one of the milestones in the company’s journey, which seeks to be a pioneer and global leader in the production of purposeful creative content in the Arab world and beyond.

The film, directed by Shizuno Kobon, tells an epic tale about the ancient civilizations of the Arabian Peninsula and the Middle East that establishes a historical fantasy for future generations.