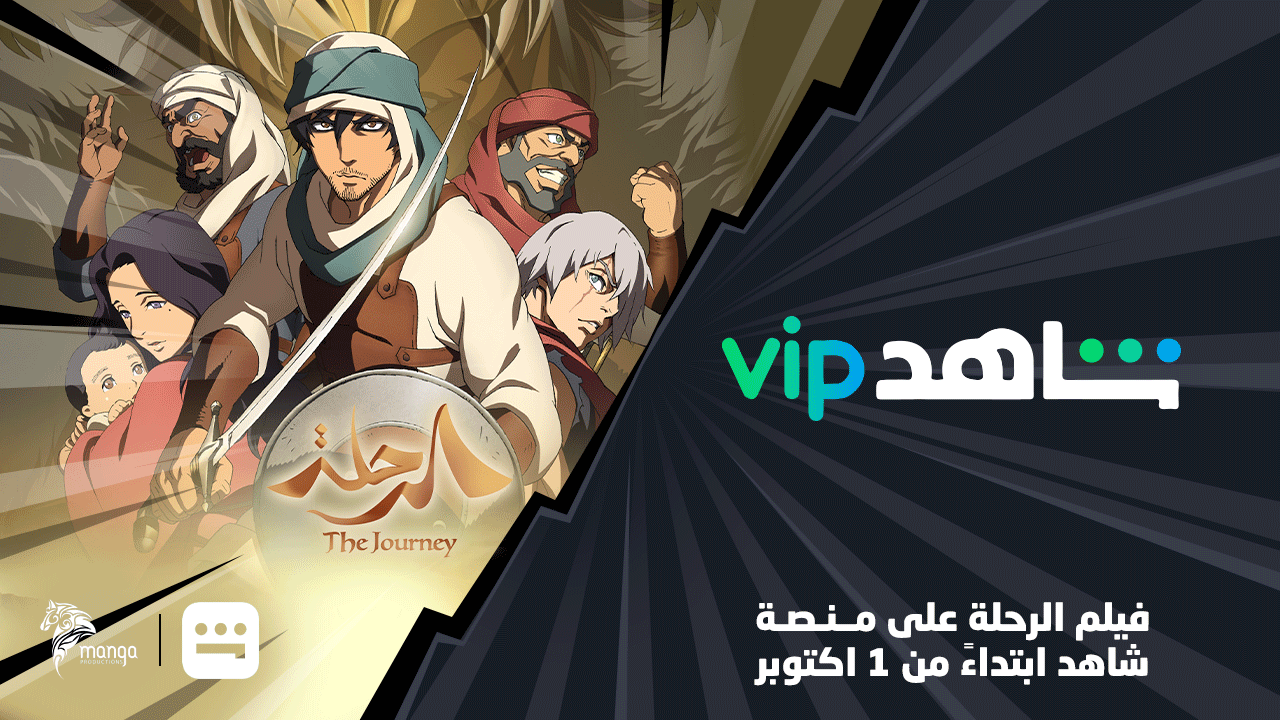 Riyadh, KSA | 13 September 2021: Manga Productions, a subsidiary of MiSK foundation, has announced the signing of a memorandum of understanding (MoU) with MBC GROUP – the largest and leading media company in the Middle East and North Africa (MENA) – to bring “The Journey” to Shahid VIP, launching October 1.

This partnership is the latest in a series of new ventures and collaborations that have materialized due to the resounding success of the full feature, considered to be the first-ever Saudi Japanese anime film. It will be available to Shahid VIP subscribers in both Arabic and Japanese languages.

Dr. Essam Bukhary, CEO of Manga Productions, commented on the momentous occasion saying: “This is a new milestone for ‘The Journey’ movie as it continues to move from strength to strength at the local and international levels since its release in the cinema. Our agreement with MBC GROUP will allow audiences who could not see ‘The Journey’ in cinemas to enjoy the movie at their convenience. The Shahid platform has proven that Saudi productions and local content in general are gaining momentum, and that local and international audiences are eager for this type of authentic entertainment content. This agreement will be the beginning of a fruitful partnership between Manga Productions, MBC GROUP and the Shahid platform in particular.”

For his part, Jakob Mejlhede Andersen, Chief Content Officer at Shahid stated: “Our partnership with Manga Productions fits well within our mission to support local productions made to international standards, not to mention supporting local stories from the region that celebrate its heritage. We’re delighted to have ‘The Journey’ made available on Shahid VIP – a perfect addition to our library of international family entertainment.” He continued: “Through our partnership with Manga Productions, we hope to continue to tell wonderful stories that encapsulate the heritage and values of the region to our viewers all over the world.”

Eng. Abdulaziz Al-Naghmoosh, Business Development Manager and Acting Director of the Marketing and Distribution Department at Manga Productions added: “The Shahid platform is one of the leading platforms in the Middle East that seeks to foster unprecedented Saudi entertainment content, and it is undoubtedly one of the most watched platforms in the region. Manga Productions are happy to be teaming up with Shahid for a second time, after we had previously cooperated with Shahid to stream our series ‘Future’s Folktales’, which was a great triumph. Undoubtedly, the launch of ‘The Journey’ in Shahid is a continuation of this successful partnership with MBC GROUP and the Shahid platform.”

Directed by renowned Japanese anime film and television director, Shizuno Kōbun, “The Journey” tells an epic tale of the ancient civilizations of the Arabian Peninsula and the Middle East that establishes a historical fantasy for future generations.

As previously mentioned, Manga Productions has gained several new international partners since the launch of “The Journey” – this latest partnership is one of the milestones in the company’s journey, which seeks to be a pioneer and global leader in the production of purposeful creative content in the Arab world and beyond.

The first collaboration between Manga Productions and MBC GROUP was the successful streaming of the series, “Future’s Folktales” on Shahid VIP. The Japanese Saudi anime show tells the fascinating tales of heritage in the Arabian Peninsula that has been passed down from generation to generation.